Genetic diversity and pathogenic variability among Fusarium udum isolates collected from different geographical locations of India were studied. All the isolates exhibited variable levels of virulence against a susceptible pigeonpea cultivar (T-21). The genetic diversity allelic variations among these isolates were estimated using RAPD molecular markers. All the thirteen RAPD primers were found to be highly reproducible and produced a total of 126 loci of which 69 loci were polymorphic. Primer OPB 17 amplified highest number of polymorphic bands with maximum polymorphic information content (PIC) of 4.00. Percentage of polymorphism revealed by individual primers varied from 33.3 to 76.9% with an average of 53.4%. Further, cluster analysis of OPB-17 and provided a substantially discrimination of all the isolates. Our results showed a high degree of variability in pathogenicity and genetic diversity among the populations. Therefore the present studies indicate that the F. udum may have significant impact towards the emergence/evolutionary development. 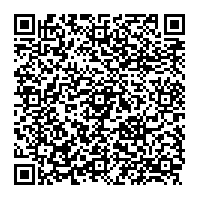