Utilization of RP was investigated in incubation and greenhouse studies at the Institute of Agricultural Research and Training Ibadan, Nigeria to evaluate the effect of phosphorus (P) sources, their application rate and frequency of application on nutrient availability and uptake by maize and cowpea grown in sequence on three soil type. Two hundred grammes of soil was mixed with each of Ogun phosphate rock (OPR) (20.21% P2O5), Crystallizer super (CS) (31.4% P205) and Single superphosphate (SSP (18% P205) at the rate of 0, 50, 100 and 150 mg P kg-1 replicated thrice in an incubation study and was conducted for sixteen weeks in the laboratory. The greenhouse experiment consisted of four P rates (0, 20, 40 and 60 kg P ha-1). Two frequencies of application (regular and alternate) were imposed on three soil types and was laid out as a split –split plot using randomized complete block design. Results of incubation study showed that phosphate application significantly increased soil available P and exchangeable Ca but no significant increase was observed in soil pH. The SSP treated soil consistently obtained the highest values of exchangeable Ca at each sampling period. The percentage changes in soil available P and exchangeable Ca when 100 mg P kg-1 was added to the soil as SSP, ORP and CS at the end of incubation period were 276, 184 and 203 % and 83, 87 and 73 % respectively. In the greenhouse phosphate application significantly enhanced the P uptake by maize and cowpea. The highest value of 3.3 and 3.5 mg kg-1 P uptake were obtained where maize has been planted thrice consecutively and where maize was alternated with cowpea in SSP treated plants respectively. Phosphorus uptake was increased by 133, 125 and 100% in the second cropping and 200, 80 and 250 % in the fourth cropping for Ilora, Ibadan and Epe soils respectively. The soil available P in regular frequency of application was consistently greater than alternate frequency of application in all the soil and throughout the four croppings. There were increases of about 57, 53 and 80% soil available P in Ilora, Ibadan and Epe, respectively at the end of final cropping. 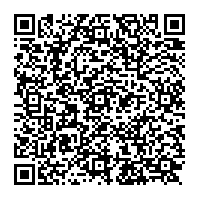