On the state of Michoacán, México Guava production plays a key role among others factors because the incomes that it represents. The guava production chain generates more than two and half million in wages and an important annual gross economic benefit. However, this fruit has not been able to consolidate internationally such as Michoacán avocado. This make extremely important to know if the guava really has comparative advantage, which is the central aim of this work. An important part of the base of comparative advantage was that the production of guava presented acceptable profitability levels, so in this paper also investigated the profitability level in the guava production. In order to answer these questions the Policy Analysis Matrix (PAM) developed by Monke and Pearson (1989) was utilized. The main finding of the paper points to the existence of comparative advantage in the production of Michoacán’s guava, allowing stating resources are well used in the production of this fruit because it generates wealth. Guava production is a productive alternative, although there was some degree of vulnerability. 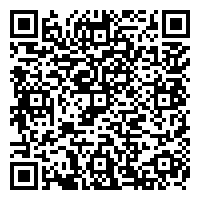